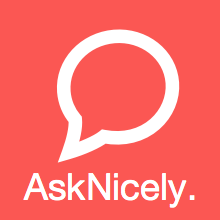 Here are the top six pieces of advice I give to startups: Love your problem. Know your market inside-out. Delight your customers. Start by picking one thing, and do it really well. Be global from day one. Don’t settle for less than the best cofounders, employees, investors, and advisors.

Timely never needed this advice – they just went hell for leather from the start.

They make money by charging users a monthly subscription. At $19/month in NZ, it’s great value. Users claim that it pays for itself on the first day of use. Like previous Startup of the Week Debtor Daddy, the key value for users is in freeing up their time to focus on charging clients for doing the work they love, rather than on tedious administration of their businesses.

Timely now has customers in over 70 countries, but they’re concentrating on three key geographies: Australia, New Zealand, and the UK. They have over 4,000 customers and are growing by roughly 10% month-on-month with a very low churn rate. Their growth strategy is based on inbound marketing, working with trade associations and partner networks. But they’re getting a lot of business coming through the door by reputation, social, and SEO/SEM which is great. There’s a lot of competition in this space, but once a customer is in, they’re hooked. What makes Timely stand out is dead-easy user experience.

What’s the secret to success? Know your market inside-out. Delight your customers. Start by picking one thing, and do it really well. Be global from day one. Don’t settle for less than the best cofounders, employees, investors, and advisors.

Ryan, Will, and Andrew

Timely’s CEO Ryan Baker has been round the block a few times with his cofounder Andrew Schofield. Their previous venture, BookIt, provided booking and payment services for the travel industry, and was acquired by TradeMe in 2010. The third cofounder, Will Berger, also worked on BookIt after it was acquired by TradeMe and became TravelBug. Their team is a “who’s who” of the Dunedin entrepreneurial scene, and the stellar lineup is rounded out with directors MOD (the artist formerly known as Michael O’Donnell) and Rowan Simpson, along with legal counsel Sacha Judd. Timely sets the benchmark for team quality.

I asked Ryan what their biggest challenge is as a startup and he told me without hesitation that it is overcoming obscurity. “There’s a big global market out there and we know our customers love us. The challenge is reaching them. If your readers are looking for ways to help NZ startups, get them to recommend us to their friends in NZ and overseas. Next time you’re getting your hair or nails done ask the stylist if they’ve
heard of Timely.”

Although the nucleus of the team is in Dunedin, the rest of the 27-strong team are spread out across New Zealand and around the globe. They don’t have a formal office, but instead all work from home (or anywhere) using a “remote first” philosophy. Great tools like Slack, Hangouts, gdrive, 15Five, Trello, and Help Scout encourage constant communication and team cohesion, but the real trick is creating and maintaining a culture where everyone feels they are playing in a team, and have an impact on the success of their business.

Timely are always looking for good people to join their team, and the good news is that you don’t have to be based in Dunedin to join this great group of people making life easier for small business owners around the world.

Debtor Daddy provides credit control as a service, and is one of a very few companies for which you can truly say – switch on their service, and the money will start rolling in. They’re currently based in the Lightning Lab Christchurch accelerator programme.

Mark this date in your diary: 5 November 2015 – Lightning Lab Christchurch Demo Day, Jack Mann Auditorium, University of Canterbury. If you’re an eligible person, that’s where you’ll get to see Debtor Daddy and nine other new companies pitch for investment.  More on this below.

If you’re a business owner, Debtor Daddy integrates with your cloud-based accounting system (Xero, MYOB, or Intuit), trawling through your accounts receivable (debtors), identifying who’s late in paying, and then sends a series of automated reminders to pay, and can ultimately refer recalcitrant debtors to collection agencies. They even provide an optional service to automatically have a real person phone up your debtors and encourage them to pay.  This improves cash flow and also frees up a significant amount of time and mental energy by automating and outsourcing  a job that nobody enjoys. Debtor Daddy claims that debtors reduce on average by 43% after 30 days of use, whilst freeing up two to eight hours per week for business owners. They’re the top ranking add-on in the Xero Marketplace debtor tracking category, and the reviews are truly stellar.

One of the things I really like about this business is that it’s antifragile – turbulent economic conditions make Debtor Daddy even more valuable, and a potential anticyclical hedge investment.

They already have over 800 customers, the vast majority of them outside New Zealand in 20+ other countries, and are growing mostly organically an average of 20% per month. There’s clearly a massive opportunity to greatly accelerate this growth, which is why they’re in the Lab.

Cofounders Matt McFedries and Mark Haussmann have extensive startup experience and finance industry experience.  This the third company Matt has founded, and Mark has been his right-hand dev straight  through.  They’re a tight team, and have a strong understanding that especially for this business, UX/UI is critical, both for the user and the debtors from whom they’re trying to collect.  These guys are very focussed on metrics, and I had a great conversation about their Pirate Metrics, so good in fact that I asked them to present their dashboard as a case study for the rest of the Lab participants when I was in Christchurch recently giving a presentation on startup metrics.

They want to get the word out about the product. They offer a 30-day free trial (no credit card info required), and after that, NZ Startup of the Week subscribers can get a further 50% discount of their first three months by using the discount code SOTW. They’re also giving away a practical free e-book on growing your business, not your debt.

And of course, they’ll be raising money on Demo Day, 5 November 2015, along with the nine other companies at Lightning Lab Christchurch.  I’m hoping as many investors as possible reading this blog will come down to Christchurch that day.  If you don’t have an invite yet, and you’re an eligible person or eligible investor, please contact Michelle Panzer at the Lab directly to request an invitation.

Christchurch has reached an important inflection point, just in the last few months. There are now more cranes than bulldozers, more concrete mixers than dump trucks. I’ve compared the CBD to a once-beautiful tree that’s been hard pruned – it’s a shadow of its former self, but you can see the new growth sprouting up, and it’s clear that what Christchurch is becoming will be even more impressive than what it was. Rather than the backward looking “more English than England”, I’m hoping that it can become the most connected, collaborative, creative city in the world. Young people and immigrants are playing a large part in driving the agenda, and especially in the Lab, the results are stunning.

So please do your bit, and come down and see the results of Lightning Lab on Demo Day.  We’ll see you there.