For most organisations, the basic unit of information is a document. We use documents to communicate with others, generate ideas, measure progress, make agreements, and much more. The last decade has seen the rise of collaborative document generation, of which Google Docs is probably the most familiar example. However, it’s not universal, and it’s not even fit for purpose for many applications. Adobe seized the high ground in the 1990’s with Acrobat, and PDF is the de-facto standard for universal document sharing and viewing. So how do you collaborate over PDFs with anyone, anywhere? Meet Kami.

Kami is a browser extension which lets you view, highlight, annotate, and collaborate over a fixed base document. You can add text, strikethrough, or basic drawings, merge documents, and add electronic signatures. It’s a simple concept with a solid core feature set, and of course the hard part is making it beautiful, lightning fast, and able to scale. And scale it does – with a small team based in Auckland, they currently service over 1.9m users and are adding roughly 12,000 users per day, mostly in North America, and almost exclusively by referrals.

Co-founders Hengjie Wang, Jordan Thoms, and Alliv Samson all met when they were students at The University of Auckland (UoA). They wanted to be able to take collaborative notes on their university study material, so they built a tool which they called Notable. With lecture slides on the left, and collaborative notes on the right, they had an MVP. They invited their friends to collaborate, and they soon had 50 users, and then 100, and then 300, and when they integrated into UoA’s homebrew Learning Management System (LMS) Cecil, they became a major fixture in the UoA community. But how to expand beyond that?

The team were accepted into the Velocity 100K Challenge, and met a great set of mentors and investors, many of whom are with them to this day. They took in a small amount of investment. They found the university market really hard work, so they extended their use case from students taking notes, and did a zoom-out pivot to anyone collaborating on documents. Two years later, they’re core market is still education, but they’re now focused on the K-12 sector (primary and secondary schools) in the USA.

Kami has a massive tailwind of environmental factors behind them, especially the rise of the browser as an operating system, and the associated explosive growth of Chromebooks in the education market. K-12 is an investment in the future as well: today’s K-12 students are the workforce of the future. Kami has integrated with Google Drive, as well as popular LMSs Haiku and Canvas. They provide an API which makes it easy to integrate with just about anything. Frictionless integration helps fuel explosive growth.

Their revenue model is easy to understand too – they provide a basic product for free with adverts and nobbled features, which you can upgrade to ad-free with improved collaboration and more features and support for a monthly fee. They offer paid plans for teachers (which include all of the teachers’ students), individual schools, and entire school districts.

Kami took the bold leap from focusing on University of Auckland to focusing on North America. While UoA was an interesting test market, the founders knew that the NZ market is just too small to build up meaningful numbers for a sustainable business.

Their technology stack uses a fairly standard combination of Rails on the back end, Angular on the front end, and infrastructure based on the Google Cloud Platform, with a number of third-party cloud-based services. Everything they do is data driven. Every time a feature is launched, it’s analysed to measure against hypotheses – does it improve usage, retention, and revenue? They use the data to get inside of the heads of users so they can really understand what drives them.

I was blown away that the tech that services 1.9m users is still being managed by only two people, and they’re both cofounders. It reminded me of how when they sold to Facebook, Whatsapp only had 35 engineers managing 450m users. That’s efficient scaling.

The Kami team has just closed an international investment round, combining existing investors (including Flying Kiwi Angels, Sparkbox, NZVIF, as well as a number of local angels), with some new angels and super angels. They had a serendipitous meeting with YCombinator’s Sam Altman and Founders Fund’s Scott Nolan recently, just before their round closed. Like many successful investment encounters, it didn’t start with a pitch, but rather with a conversation. Sam and Scott were super impressed – so much so that they went from “yes” to investment cash in the bank within 48 hours.

New Zealand investors take note: this is the way the professionals do it, rather than taking six months to say “no” as we so often see.

The investment will be used to double down on sales in the US market – more growth with a focus on revenue, and extending the product feature set to support that. Better onboarding and classroom management features should drive a significant uplift in growth. They also plan to expand the engineering team and set up a US-based presence in the next six months or so.

Kami is a great product, and if you haven’t already, you should give it a go.

They’re looking to fill a number of positions to help fuel growth, including engineers who love working in startups, and North America based sales and customer success people. Job descriptions are available on the Kami site.

Kami have a great story of doing one thing really well, and doing it globally in a narrow but large and growing market. They’ve worked hard, and deserve the traction and success they’re now enjoying. 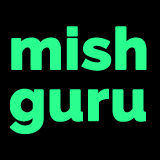 Snapchat is a brilliant concept – it created an entire market in visual ephemera. The genius is in the longing that it creates once the moment has passed, for something that can never again be recaptured – which makes that moment all the more precious. So simple, compelling, engaging, and easy to use.

If you’re a brand trying to get your message out, however, Snapchat is a nightmare to manage. Enter Mish.guru, a system that makes it easy for brands to manage their Snapchat presence. Without tools like Mish.guru, you have to manually manage your Snapchat client base individually on your phone – imagine your dream come true, and you have 100,000 followers – you’d have manage them individually – on your phone. Ouch!

Mish.guru provides basic information that is absolutely critical to any business running a social media campaign. You can easily see how many followers you have, how many people have viewed your story and snaps, and a number of other metrics. You can also automatically rebroadcast selected user generated content to help build your campaign, and automatically track customers from initial engagement though to product purchase. Think of Mish.guru as the missing Snapchat feature set for businesses.

They’re currently working with some big name brands in New Zealand and overseas, like Spark (snapsparknz on Snapchat) and Paramount Pictures (ParamountFilms).

They currently have a mixed product and service-based business model. Snapchat is new for many businesses, so there is a significant market helping businesses conceive, establish, and run campaigns – you could say that Mish.guru are their own first customer in this respect. But they see the big game in providing a subscription-based product that enables businesses and agencies to manage their own campaigns from cradle to grave.

Their current revenues from this hybrid model are nearly NZD 1m per year, and their product revenue is averaging growth of 20% per month.

I first met their CEO Thomas Harding in Lightning Lab Digital in Wellington in 2014. Their original business was called Cavaltech, and produced 3D-printed horseshoes specifically made for individual horses. We called them “Zappos for horses”. Unfortunately, while it was a great concept, the technology just didn’t perform well in the field – they had problems keeping the horseshoes stuck to the horses’ feet. So eight weeks into the twelve-week accelerator, they rebooted their business as Mish.guru, and have never looked back.

I asked Tom what the key to survival was across such a massive pivot. “Resilience”, he replied, “that’s the single most important quality in a startup team.”  Their current team has Tom, a CTO, four devs, an intern, and sales people in Australia and NZ. They’re looking to hire another sales specialist on the US East Coast.

Mish.guru has scored investment from AngelHQ, Sparkbox, ICE Angels, NZVIF, Ben Young, and a few other individual angel investors. They’re using this investment to transition their main revenue stream from service to product as they build their market. Their product revenue is growing at 20% per month, and that growth has been achieved without any spending on marketing. Snapchat’s growth is still exploding – Snapchat recently passed 100m users, and those users are watching over 7 billion video clips a day.

The trick to a great Snapchat campaign, Tom says, is inspiring and then making the most of user generated content – let the users tell your story for you, rather than bombarding them with advertising. But to do that, you’ll need some great tools, like Mish.guru.

BioLumic increases crop yields by applying ultraviolet (UV) light to seeds, seedlings, and plants in very specific “recipes” to control their growth patterns. Stressing plants by shining UV light in the right quantity, at the right time in their development provokes a response that makes the plants hardier – bigger stems, bigger leaves, and better overall resilience.

When I first heard about BioLumic a couple of years ago, I thought, yeah, nah, that’s crackpot pseudo-science. But this technology is based on hard scientific research, and it appears to work. It looks likely to revolutionise commercial agriculture by increasing crop yields without genetic modification or chemicals – just add light.

BioLumic’s founder and Chief Science Officer is Massey University’s Dr Jason Wargent, a world-renowned expert on plant photomorphogenesis – the effects of light on plant growth and development. He’s published a Ph.D thesis on the topic and numerous papers, and is now working with CEO Warren Bebb and a team of 7 to commercialise his research. They have filed three patents which are currently going through local and international examination.

And it’s generating some stunning results. BioLumic are currently running trials with lettuce growers in Salinas, California – the USA’s major lettuce growing area. For head lettuce, they’re getting a 10% increase in the number of heads of lettuce per unit land area, resulting in a 25% EBIT uplift for the grower. For processed lettuce, they can achieve a 26% increase in tonnes per hectare – all without genetic modification or additional chemicals. Trials with corn are underway in NZ, with the first harvest expected in April.

The numbers tell a big story too. In 2016, they’ll be treating 35 million seedlings. The lettuce market alone in the USA is a $2b market, and fresh cut vegetables is an $82b market globally. If you add in seeds and cereals, that takes it up to $650b. And this market is growing – it’s estimated that the world will need to grow 50% more food by 2050, despite a best-case scenario of bringing an additional 10% of arable land online by then. Something big is going to be needed to fill that gap, and BioLumic could be the answer.

They have a recurring revenue model based on installing equipment onsite, and then charge a per-plant treatment fee. They plan to set up operations and distribution in each territory that they’ll be operating in. They’re currently scoring key customers in the USA, and will branch out from there.

To date, BioLumic have run a seed round, a top-up round, an two angel rounds with participation from Manawatu Investment Group (MIG), NZVIF, ICE Angels, Enterprise Angels, K1W1, Massey Ventures, Sparkbox, and others. They have runway through mid-2017, and the next round is likely to be a mix of VC plus strategic investment.

BioLumic is a great example of breakthrough Kiwi agricultural ingenuity contributing to the solution of a serious world problem, and potentially creating massive value along the way.