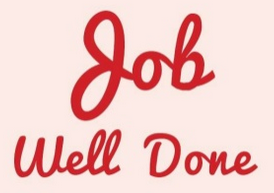 Hacking the food supply chain, Out Of Our Own Back Yards.

It’s estimated that on average, food items in the US travel 2400km to get from their point of origin to your table1. This results in huge quantities of carbon being belched into the atmosphere through transportation, waste resulting from excess packaging and spoilage, and food that is less fresh and tasty.

Ooooby makes it easy to create local fresh food marketplaces that source food from local growers, and deliver to local consumers. From humble beginnings on Waiheke Island, Ooooby now powers food networks in Auckland, Waikato, Matakana, Sydney, and Fresno California, and they’re just in process of setting up shop in the UK.  Across the globe, Ooooby is pumping over $3m in annualised recurring revenue (ARR).

Ooooby is a mission-driven business, whose purpose is to make local food convenient, affordable, and fair. They want to rebuild local food economies, because they believe that many of the world’s most pressing social and economic problems are caused or exacerbated by the way we produce and consume food. They also believe that in order to be impactful and help create a sustainable food system, they must first create a sustainable business.

Pete Russell does not fit your stereotype of a social entrepreneur. Prior to Ooooby, he cofounded and built up Australian specialist food importer and distributor Source Food, built it up to A$10m, and then had an epiphany – the world would be much better served by local foods, purchased in an “online farmers market”. Local food that’s as convenient to purchase as industrial food would be better for local farmers, local consumers, and the environment. Pete is joined on the Ooooby board by CTO Davy van de Vusse who has architected their core systems.

Their revenue model is to clip the ticket by 8% on all food purchase transactions that go through the platform, to cover software development, administration, and national marketing. They’ve been invited to set up shop in all of the cities where they’re active, so platform marketing costs have been minimal. And they have a steady stream of inquiries internationally from groups of local farmers wanting to transform their own local food economies.

The platform can scale quickly, and can support a virtually unlimited number of local food hubs.

Ooooby raised $285k in a PledgeMe campaign earlier this year, but they are looking for another $500k or so in the next year, so that they can rebuild the food economies in over 20 cities worldwide by the end of 2017.

If you’d like to get Ooooby going in your town, or are interested in supporting local food, do get in touch with Pete and join the movement.

Disclosure: One of the trusts of which I’m a trustee made a small investment in Ooooby in their crowdfunding campaign.

Special note: I’ve just posted an item on my main blog which may be of interest: Convince me to invest in your startup, in which I cover how angel investors like me evaluate investment opportunities.