Taking the pain out of admin for tradespeople.

Most tradespeople are really good at what they do – be it plumbing, joinery, construction, or a myriad of other specialist trades. But like most of the rest of us many hate the admin part of the job – keeping track of costs, time, invoices, etc. Every hour spent doing admin is an hour not doing something that you love, like spending time with family in the evenings or weekends.

Tradify provides an app that makes it easy to keep track of time and materials working on client jobs, and integrates with accounting systems like Xero and MYOB so you can spend less time doing paperwork. It also covers employee scheduling, dispatching, and quoting so you can keep the whole team organised.

Born in Auckland, Tradify has many hundreds of customers in over 20 countries, although most are in Australia. They’re getting ready for a big global push.

Founder Curtis Bailey is a software developer by trade, and passionate about solving problems and making stuff work. He worked as a software engineer on a variety of business software, ERP, and mobile apps, but in the late noughties decided that his IT career was really ordinary. “Why am I doing this,” he asked himself, “when I could be extraordinary?”

When you wonder who you’re going to work for next, just look in the mirror.

In the first month he managed to attract two customers, and in the second month he got another six, and a year later, after attending some trade shows in Australia and getting great word-of-mouth referrals, he had enough revenue coming in to quit his day job and go full time on Tradify. The company has continued to grow at a good clip since then, and he’s continued bootstrapping by hiring additional people as revenue increased. He’s just recruited employee number eight.

Tradify took on some seed investment early this year, and their investors (ex-MCOM legends Adam Clark, Graeme Ransley and Serge van Dam) have helped them really step up growth. They’ve become fanatically data-driven, and a lot more methodical about marketing – testing hypotheses, measuring results, iterating, doubling down on stuff that works, chucking out stuff that doesn’t. The next phase of the company is all about sales and marketing, stepping up the growth rate, and building Tradify into a massive global business. They’re planning on raising a seed round in the next few months to validate assumptions necessary to attack the North American market, and then go for Series A.

You need to be good at getting good at stuff quickly.

Curtis has found it really interesting making the transition from being a dev to being a CEO. He uses the analogy of making music to describe it:

“In order to write a song, you need to understand the elements of what makes a good song, and take an idea and turn it into reality with composition, orchestration, and conducting. Business is the same thing – a dev is focused on making a good piece of software, and a great entrepreneur is focused on turning an idea into the best possible business. You can’t be a musician if you can’t play an instrument, and you can’t be a dev if you can’t cut code. It’s the same in business – you need to gain the hard yards experience selling, hiring people, managing finances, and a hundred other things. You need to be good at getting good at stuff quickly. You don’t need to be great at it, but you do need to be quick, understand what’s required, and then hire people to do the job properly.”

His bottom line: “Why be ordinary? Let everyone else do that.”

The Project 2016 takes place in Auckland at AUT on 1 September. This year’s theme is creativity in business and beyond. They’ve got a great speaker lineup, and there are still a few tickets left.

The MIT Technology Review’s EmTech Asia Innovators Under 35 Awards nominations close on 9 September. If you know an outstanding young innovator deserving of international recognition, do nominate them.

Spark CEO Simon Moutter is planning on setting up a $100m fund to fill the gap where Corporate VC lives to help NZ early stage businesses with commercialisation and internationalisation.

Andrew Simmonds, Marie-Claire Andrews, and Rod Drury are hatching a conference with the working title Foundercon, by and for founders, “an opportunity for NZ founders to network the heck out of each other”.  Watch this space.

What kind of events would you like to see in the tech sector? Please fill in Verve’s quick survey.

“In Other News” is a new experimental feature of this blog. If you’ve read this far, like it, and want to see more, please let me know. 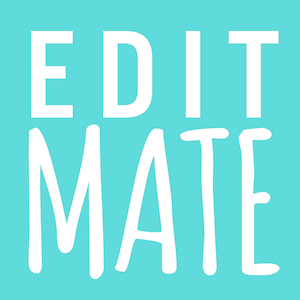