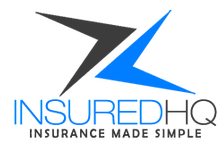 Cloud-based management software for talent agencies, as beautiful as the models themselves.

Syngency is a cloud-based system for talent, modelling, and acting agencies. It makes it easy to manage their talent pools and market themselves to the industry. It’s a one-stop solution that covers everything from onboarding wannabes to invoicing customers. And it just looks beautiful.

When I’m evaluating investment opportunities for businesses at any stage, the single most important factor is always the same: does the CEO have what it takes to make the business a success?

I haven’t met many people who are as effective as Syngency’s CEO Ryan Marshall. He is the very model of a modern startup entrepreneur. First and foremost, he’s always hustling. He loves his industry and his product, and seems to be out there either selling or thinking about how to sell 24 hours a day, working networks, racking up air miles, Skyping at 3am, he just doesn’t seem to know how to stop. He’s intimately familiar with his market, having talked to most of the major players and continually popping up at industry events. He knows his product inside-out because he’s coded most of it himself. He seems to have a sixth sense for opportunity, and isn’t shy to act quickly and seize it.

I first met Ryan at BNZ Startup Alley at Webstock early this year, where Syngency was a finalist. You could say that Startup Alley is the premier startup competition in New Zealand. Syngency didn’t win (that prize was taken out by Startup Weekend alumnus Banqer – more on them in the future) but Syngency still knocked the socks off of the judges. As a result, they won a trip to the Kiwi Landing Pad in San Francisco.

NOTE: BNZ Startup Alley applications for 2016 are open now. It’s a great place to showcase your startup, practice pitching to a big crowd, and kickstart your action plan for the year.

Syngency entered the iiiNNO accelerator in Taiwan a few months later. They were one of two non-Taiwanese companies in the accelerator, and according to iiiNNO’s manager David Kuo, were by far the highest performing company there, and earned the privilege of launching at TechCrunch Asia. While at iiiNNO, Syngency attracted a significant number of clients all over Asia, including the unfortunately named but otherwise awesome ISIS Modelling Agency. They also achieved a key milestone by scoring a local mobile development team. Syngency did a great job of raising the profile of NZ startups in Asia.

From Taiwan, Syngency continued their world tour, and set up a base at Kiwi Landing Pad (KLP) in San Francisco. Ryan now spends a lot of time dashing between New York, Los Angeles, and San Francisco where their key US markets are.  KLP has been a great fit for them – see the video below for a synopsis.

Syngency’s target market is big, over $100m in the US and Europe alone. They now have customers in 30 countries, managing the talent profiles of over 40,000 models and actors and they’ll finish up 2015 with over 40x growth since the beginning of the year. Their solution is also easy to take into adjacent markets such as film production and sports.

Currently they’re executing a direct sales strategy and collecting most of their business through referrals from happy customers.

Syngency will be raising investment in early 2016, likely in a trans-pacific mix between New Zealand and California.

Meantime, they’re expanding their dev team in Auckland – they’re looking for a CTO and LAMP devs familiar with the full AWS suite. They’re excited about running a global Kiwi company from New Zealand, and they’d like you to join them!